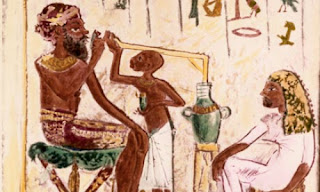 History of Beer Table of Contents

The Chinese brewed beer called 'Kui' some 5,000 years ago. In Mesopotamia, a 4,000 year-old clay tablet indicates that brewing was a highly respected profession - and the master brewers were women.
In ancient Babylon, the women brewers were also priestesses. The goddesses Siris and Nimkasi were patronesses of beer, and certain types of beer were reserved exclusively for temple ceremonies.
In 2,100 BC Hammuabi, the 6th King of Babylonia, included provisions regulating the business of tavern keepers in his great law code. These provisions covered the sale of beer and were designed to protect the . The punishment of short measure by an innkeeper was drowning, which was an effective way to prevent any repetition of the offence!
An ancient tablet now in New York's Metropolitan Museum lists Babylonian beers as: dark beer, pale beer, red beer, three fold beer, beer with a head, without a head etc. It also records that beer was sipped through a straw - in the case of royalty a golden straw, long enough to reach from the throne to a large container of beer kept nearby.
3,000 year old beer mugs were uncovered in Israel in the 1960s. Archaeologists said that their find at Tel Isdar indicated that beer drinking in Israel went back to the days of King Saul and King David. An Assyrian tablet of 2,000 BC lists beer among the foods that Noah used to provision the ark.

Some 5,000 years ago in the Imperial Egypt of the Pharaohs, beer was already an important food item in the daily diet. It was made from lightly baked barley bread, and also was used as a sacrament.
People gathered in the evening to drink at a 'house of beer'. Beer was the natural drink of the country, a basic in of the nobility and of the fellah (the peasant). As well as being a drink, beer was also used as medicine. A medical document which was written in about 1,600 BC lists about 700 prescriptions of which about 100 contained the word 'beer'.
The Egyptians also provided their dead with food and beer. An old Egyptian tomb bears the inscription: "....satisfy his spirit with beef and fowl, bread and beer". In the taverns or houses of beer in Egypt, the favourite toast was "Here's to your ghost".
Beer also had status - a keg of beer was considered the only proper gift to be offered to the Pharaoh by a suitor seeking the hand of a royal princess. 30,000 gallons a year was also offered as a fitting gift to the Gods by Pharaoh Rameses II (1,200 BC). It is recorded that a similar amount was also offered to appease the gods when they became angry.
Isis, the nature goddess, was Egypt's patroness of beer brewing and an important civic official was charged with the task of maintaining the quality of beer, an integral part of everyday life and religion.
Other references to beer from Egyptian times include mention of beer brewed from barley in the Egyptian's Book of the Dead, and many ancient Egyptian wall hangings also depict the brewing of beer.


The Greek and Roman era

It was the Egyptians who reputedly taught the Greeks how to brew beer.
In fact it has been suggested by historians that Dionysus, the wine-god of Greek mythology, was actually a superimposition of Dionysis, the beer-god from pre-historic times.
The famous Greek writer Sophocles (450 BC) stressed moderation, and suggested of "bread, meat, green vegetables and zythos (beer)". Other early Greek writers, Xenophon and Herodotus, also mention beer.
The Greeks in turn taught the Romans to brew, and Julius Caesar, following the fateful crossing in 49 BC of the River Rubicon, toasted his officers with beer.
The Romans then showed the savage tribes in Britain the art of brewing.
Pliny and Tacitus are among the classical writers who record the development of the brewing art among the Celtic and Teutonic peoples of Britain and Central Europe.

Beer really came into its own with the advent of the Christian era, largely through the influence of the monasteries which brewed and improved the beer. Monks often built the first breweries as pioneers of the hotel business, providing shelter, food and drink to pilgrims and other travellers.
Three Christian saints are listed as patrons of brewing, all distinguished members of the Christian faith: Saint Augustine of Hippo, author of the confessions; Saint Luke the Evangelist; and Saint Nicholas of Myra, better known as Santa Claus.
Other saints also had links with brewing. Saint Columban, doing missionary work in Germany, found people preparing to consume a cask of beer in a ceremony to a pagan god. He blew upon the case, which fell apart, and when the crowd became penitent he miraculously increased the small amount of beer left. Saint Bright is credited with changing water into beer to feed lepers. She personally brewed ale each Easter time to supply all of the churches in the neighbourhood.
Saint Mungo, the patron saint of Scotland's oldest city, Glasgow, established a religious brotherhood there in 540 AD, and one of the brothers started brewing to supply the others. Brewing is still regarded as the oldest industry in Glasgow. Saint Patrick, according to Senchus Mor, the book of the ancient laws of Ireland (438-441 AD), numbered among his household a brewer - a priest called Mes

The Emperor Charlemagne (AD 742-814), the great Christian ruler, considered beer as essential for moderate living, and personally trained the realm's brewmasters. King Arthur served his Knights of the Round Table with beer called bragget.
Even in medieval times, beer was generally brewed by women. Being the cooks, they had responsibility for beer which was regarded as 'food-drink'. After the monasteries had established the best methods of brewing, the 'ale-wives' took the responsibility for further brewing.
In England at this time a chequered flag indicated a place where ale and beer could be purchased.
Of course few people other than the clergy could read or write, and a written sign would have been of little use.
Many events of this era incorporate the word 'ale', reflecting its importance in society. Brides traditionally sold ale on their wedding day to defray the expenses - hence 'bride-ale' which became 'bridal'. The Christmas expression 'yule-tide' actually means 'ale-tide'.
Saint Thomas A'Becket, martyred archbishop of Canterbury, was selected as patron saint of one of the London Guilds, the Brewers' Company. When he went to France in 1158 to seek the hand of a French princess for Prince Henry of England, he took several barrels of British ale as gifts.
Beer was also handed out free of charge to weary travellers when the Wayfarer Dole was established in England. A Pilgrim's Dole of ale and bread can still be claimed by all wayfarers at the Hospital of St Cross, Winchester, England. This is said to have been founded by William of Wykeham, (1367-1404), and was claimed by Emerson, the American essayist, when visiting Winchester.

Today, "ale" and "beer" are used as interchangeable terms. However, ale, which consisted of malt (usually made from barley although other grains were used), water and yeast, was replaced at the start of the 15th century by beer. Introduced from Flanders, beer was bittered with hops and kept better than English ale because of the preservative quality of the hops.
By the end of the century, beer had almost completely replaced the old English sweet ale, and was being exported to Europe. Records dating back to the 15th century show that almost half of the ships' cargoes taken across the North Sea and the Baltic Sea were barrels of beer.
Until the middle of the 16th century, beer making was mainly a family operation and had little commercial application. However, it was certainly an integral part of everyday diet.
Ladies-in-waiting at the court of Henry VII were allowed a gallon of beer for breakfast alone.
Queen Elizabeth, when travelling through the country, always sent couriers ahead to taste the local ale. If it didn't measure up to the quality required a supply would be shipped from London for her.
William Shakespeare's father was an ale-tester or "conner". The "conner" tested the ale by pouring some upon a bench and sitting on it while drinking the rest. If there was sugar in the ale, or it was impure, their leather breeches would stick after sitting for half an hour or so.
The Dean of St Pauls, in the 16th century, is credited with the invention of bottled ale. Dr Alexander Norwell put ale in a bottle when he went fishing and left the bottle in the grass. Returning some years later he found the cork came away with an explosion but the taste and quality of the ale was still good.
European beer first arrived in America with Christopher Columbus' ships. On his last voyage to America in 1502, Columbus found the natives of Central America making a first-rate brew "of maize, resembling English beer". The Pilgrim Fathers landed at Plymouth Rock, instead of further south as planned, partly because they were out of beer.
A journal entry dated December 19, 1620 said: "We could not take time for further search or consideration; our victuals being much spent, especially our beer".
At the end of the 17th century, the weekly allowance for pupils of all ages at one English school was two bottles a day. Beer was a good deal safer and more palatable than the available drinking water which was often drawn from polluted rivers. And beer was also common in the workplace. The American scientist and statesman, Benjamin Franklin, who lived in London from 1757-1774, recorded the daily beer consumption in a London printing house which he visited. The employees each had a pint before breakfast, a pint between breakfast and dinner, a pint at dinner, a pint at six o'clock and a pint when they finished work.
Posted by Unknown at 7:49 AM 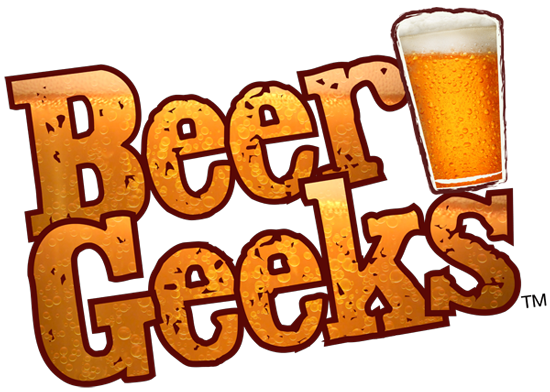 Donate to Beerthusiast help make this blog into a television series